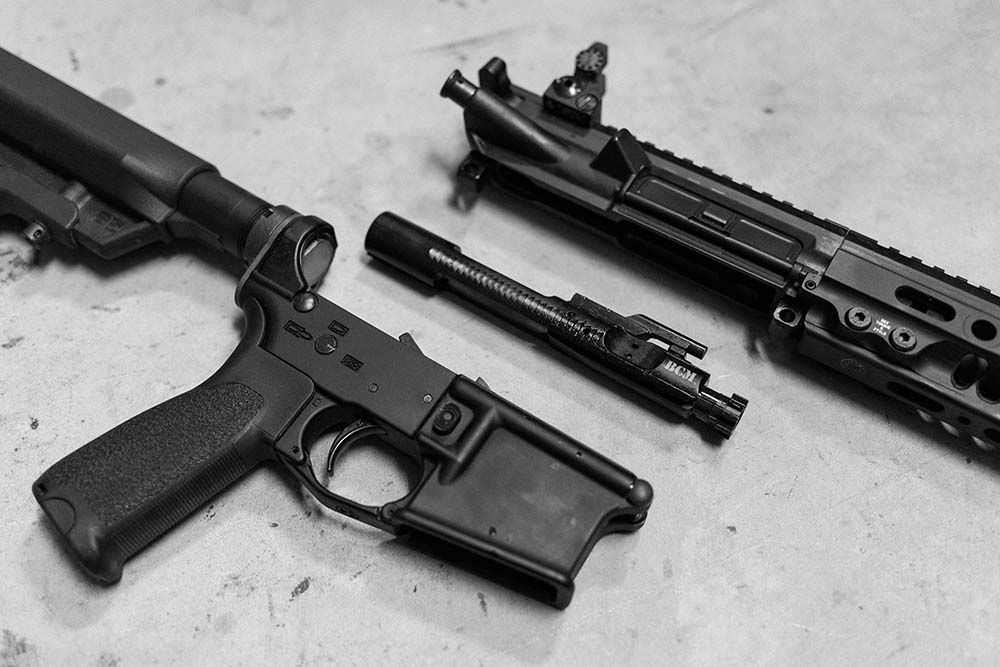 Mag Tactical Out of Business

Nowadays, the firearms industry is one of the popular ones within the USA.

As a result, they won’t see any difference between buying products at your store or at another, the same one. However, there are opposite situations, when the company claims that their product will blow up the market with a new product.

Such a situation perfectly fits the Mag Tactical Systems company. Their success was inevitable due to the product they offered. Hundreds of orders “attacked” the website of this company right after they have opened and everything was good.

Mag Tactical Systems was founded in 2013 and instantly conquered the attention of professional gun users and enthusiasts. But now this company is out of business and only products you can find online are leftover or previously used and re-selling to other people now.

What happened? Why such a successful company ended up closing so fast? To understand the whole situation, let’s see what did they offer and what special feature led them to success.

Why this Company Was Special?

As it’s known among professional gun users, any weapon of choice consists of many parts, which properties directly depends on the material those parts were made of. To withstand the vibration during shooting and be durable, a gun has to be of very strong material.

On the other hand, strong material increases the weight, which influences the handling the weapon itself and affects the performance, precision in particular.

At some point, Mag Tactical Systems comes up with innovative solutions. They have created uppers and lowers for AR rifles from the ultra-light, but durable material based on magnesium and special aluminum alloy.

According to their claims, such a combination of materials should reduce the weight, make the weapon about 35% lighter, but saving al the best properties of other materials.

Basically, they offered a product that increased handling and precision, without any losses in other features. That was a really huge advantage and getting enormous attention from the audience was just a matter of time.

Happened like that, this company received hundreds of orders right after the opening.

However, over some time people started to complain that the quality of received products from Mag Tactical was not so good. Many of them had issues with uppers and lowers month or two after using.

The reason for such disappointment was that the products were cracking very often pretty soon after shooting. It seemed like all the flaws in their products were caused exactly by the materials.

Aluminum alloy wasn’t designed to take so many loads and was cracking after some time of use. As a logical consequence, people started to complain and there was a huge wave of clients refunds.

Over some time, Mag Tactical Systems understood claimed about closing their doors. There is no official version of what happened – did they lose all the money or did this move to prevent it, but it was pretty quick.

Not all clients had their time to return goods and get a refund, so now some of those models could be found on the Internet.

To be fair, not all purchases were bad. Many of those weapons were pretty good and there started a real discussion, spread into different forums.

Users were confused about what happened there, didn’t know what to do and who to blame, especially those ones with the negative experience of purchasing defective weapons from this company.

They tried to understand why some people got their products all in good operational condition, and some of them didn’t. As an opinion of the majority, the secret of the successful usage covered in the loads those rifles were exposed to, so those ones which were overused – broke pretty quick.

Some people ordered parts for their lightweight AR builds. Mag tactical had the lightest stripped upper and stripped lower at that moment. One user from forums shared his experience in trying to understand the situation.

Once Mag Tactical was out of stock on the uppers, he contacted them to see when they expect to have more in stock and they said they don’t know. Then he emailed them with several questions and it always took a couple of days to respond.

Afterward, he tried calling them to get some quick answers to some questions, but they’ve never answered the phone. Next thing he tried every extension and have never got an answer. This is how did this story of outreach end.

They disappeared from almost all Internet retail resources.

Miscalculations during the project can occur and it happens pretty often. However, not all of them can be critical and the production of any goods can be successful if such mistakes can be invisible, but not in the case of Mag Tactical.

Nowadays science is available for everyone, who has an internet connection, so today we know what happened. Properties of the material Mag Tactical Systems used to show that some magnesium alloys are used in aircraft manufacturing and other load-bearing critical applications.

However, this is an extra-light material, it needs to be properly used in combination with other materials. Guns are not in the category of successful use for this one.

Maybe someday manufacturers will find out how to use it in firearms, but the sad experience of Mag Tactical Systems showed that it’s impossible for now.

I’m really digging this thing. At first glance it seems just like any other red dot. It seems decent, but what sets it apart from the rest of the competition? Well, it runs off of a single cr2032 button battery...

The second correction to the US Constitution reveres the option to keep and carry weapons. Despite extensive endeavors to contextualize this arrangement generally and something else, the Supreme Court Nonts that...